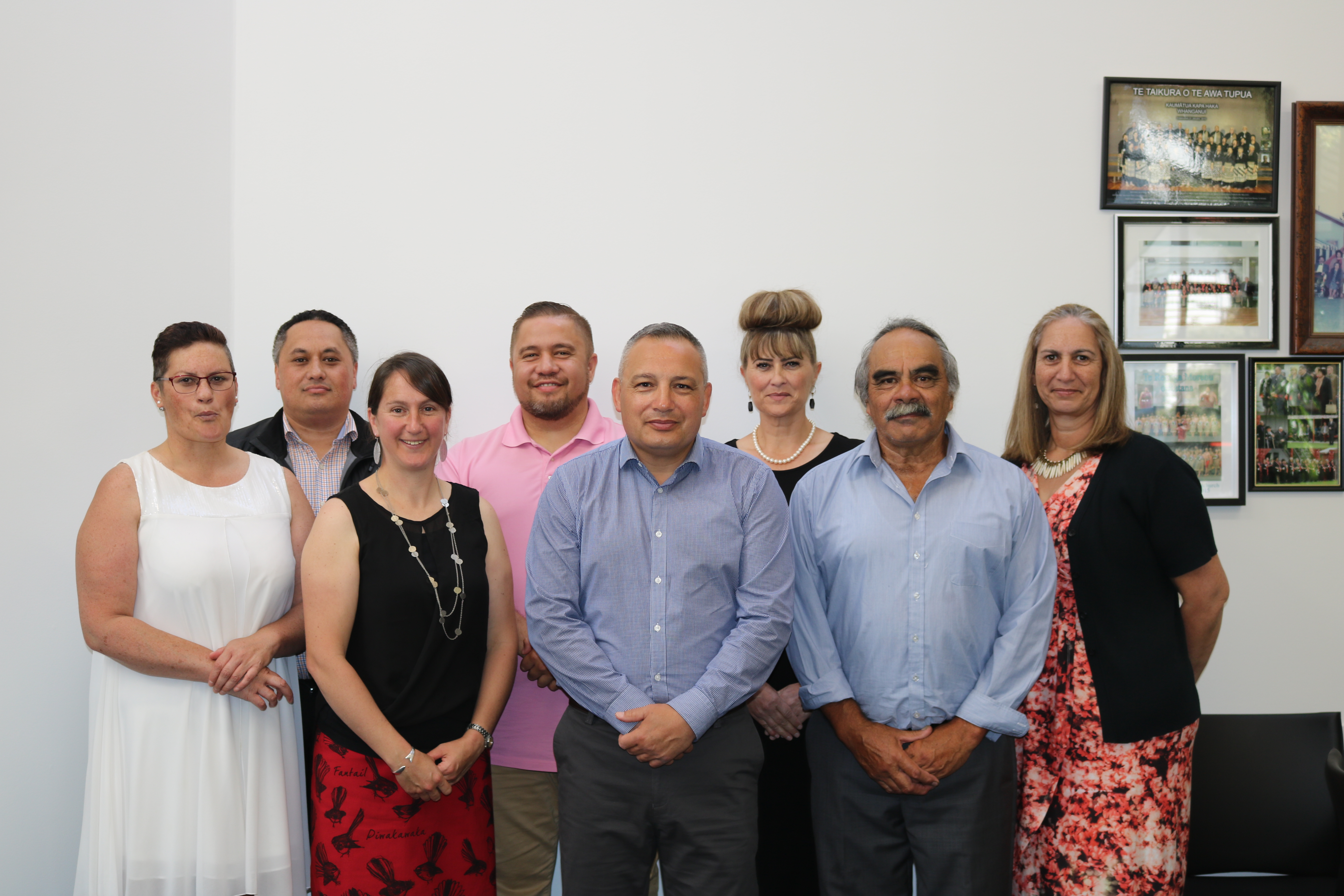 The Whanganui River Deed of Settlement, Ruruku Whakatupua, was signed at Rānana on 5 August 2014. Ruruku Whakatupua represents the culmination of many years of dedicated work by our people to have the mana of our Awa and the mana of the Iwi recognised by the Crown. To this end Ruruku Whakatupua heralds the creation of a new and unprecedented legal framework for Te Awa Tupua, which recognises Te Awa Tupua as an indivisible and living whole from the mountains to the sea, affirms the mana of hapū and Iwi and our inalienable connection with the Awa, and provides for the health and wellbeing of both the Iwi and the Awa.

Ngā Tāngata Tiaki o Whanganui was established to lead the implementation of Ruruku Whakatupua in conjunction with the uri, whānau and hapū of Whanganui Iwi and manage, grow and develop the financial assets of the Iwi to contribute to the health and wellbeing of Te Awa Tupua and all Whanganui uri, whānau and hapū.

The current seven (7) Trustees of Ngā Tāngata Tiaki o Whanganui took office in September 2015 with the responsibility of representing the interests of Whanganui Iwi as a whole.  Their term will expire in September 2018 and all seven (7) Trustees will vacate their seats (although they are eligible to stand again).  The seats will be filled via a two-stage election process.  The first stage seeks nominations to fill three (3) seats from Te Rūnanga o Te Awa Tupua (the Rūnanga) which must be received by Ngā Tāngata Tiaki o Whanganui by March 2018. The second stage, commencing in April 2018, seeks nominations for four (4) candidates elected from Whanganui Iwi members generally.  This process is due to be completed by September 2018.

The Rūnanga can resolve to submit as many nominations as it sees fit to Ngā Tāngata Tiaki. If more than three (3) nominations are resolved by the Rūnanga then a postal vote of all adult registered members will be held to select the three successful candidates. If only three (3) individuals are confirmed as the nominations of the Rūnanga then those individuals will automatically be confirmed as Trustees and will take office at the September 2018 Annual General Meeting.

At a hui held on 10 June 2017 at Ngapuwaiwaha, the Rūnanga agreed to launch the election process as soon as possible and to that end, the following timeline and key tasks have been formed to give practical effect to this decision.

1 September 2017
Nominations to the Rūnanga open. Nominations must be made using the official Nomination Form with all relevant supporting documentation attached.

6 October 2017
Nominations to the Rūnanga close.  Nominations are then vetted in accordance with the Second Schedule of the Trust Deed and eligible [1] nominees are publicly notified to Whanganui Iwi.

28 October 2017
The Rūnanga meets to discuss the list of confirmed nominees and the process for finalising a resolution of nominees.

10 February 2018
The Rūnanga meets to confirm its nominees.

1 March 2018
The Rūnanga provides an endorsed resolution of its nominees to Ngā Tāngata Tiaki o Whanganui.  Ngā Tāngata Tiaki o Whanganui confirms receipt of the Rūnanga resolution and, where there are more than three (3) nominations, commits those nominations to a postal vote in June 2018, or, in the case where there are only three (3) nominations, confirms those three nominations will become Trustees at the September 2018 Annual General Meeting.

Upon the completion of the Rūnanga process, nominations will be sought from all registered adult Whanganui Iwi members for the remaining four (4) Trustee positions and following an election process, all seven (7) Trustees will be confirmed and take office at the conclusion of the 2018 Annual General Meeting of the Trust.

Should the Rūnanga not be able to fill the any of the 3 Trustee positions, then any vacancies will be opened up for Iwi wide nomination and voting. The process for filling the generally elected seats is as follows:

April 2018
Nominations open for election of four (4) (or more Trustees depending on the outcome of the Rūnanga process) generally by Whanganui Iwi.

May 2018
Nominations close and nominees are vetted.

It would be beneficial if this information is widely shared with hapū – should there be any further questions or comments the office of the Trust would be pleased to provide further information.

FOR ALL ENQUIRES IN RELATION TO THE ELECTIONS PROCESSES, CONTACT THE GENERAL MANAGER – 06 281 3375.

Refer to the second schedule – Trustee Elections and eligibility for appointment, of the Ngā Tāngata Tiaki o Whanganui Trust Deed

For the full document please follow this link: ELECTION OF TRUSTEES FOR NGĀ TĀNGATA TIAKI O WHANGANUI FOR THE 2018-2021 TERM